Taking Care of the Printz Cemetery in Virginia 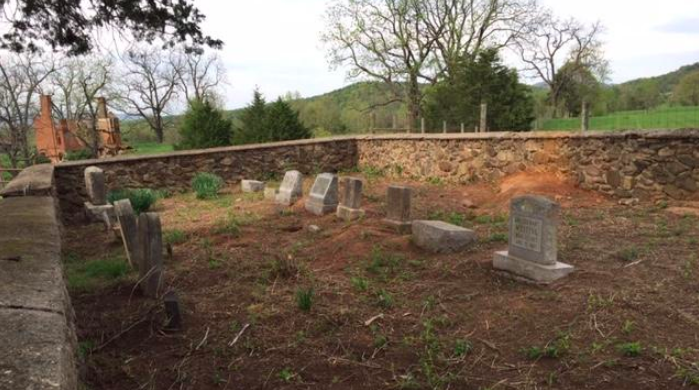 The day I first saw the Printz family gravesite in Page County, Virginia was one of the most special days of my life. Seeing where my Prince family ancestors who came from Germany to America, were buried was a big part of it. Another unforgettable part was being tour-guided there with Charles Printz Sr., who wrote the authoritative book on our family line, Into the Valley: A History of the Printz/Prince Family of the Shenandoah.

I will never forget hearing the news the day that my distant cousin, and close friend, Charles passed away peacefully at age 96 in 2011. I set up this website with him years before to help keep his research on our family genealogy alive, even after he had long run out of copies of his book. I felt like he was passing the family history torch to me.

I now feel a similar responsibility to help keep the Printz Family gravesite in Page County, Virginia kept up. The house that Captain George Printz owned since the 1700s burned a couple of years ago, with arson suspected. It seemed not to be occupied for a while. The house can never be recovered, but the family graveyard there can never be moved. Among our ancestors there is Captain George Printz. His tombstone from 1834 says he was an aide to General Washington during the Revolutionary War. (There is documentary evidence that George Printz was a Captain in the Virginia Militia during the Revolutionary War. His commission document was signed by Virginia Governor Thomas Jefferson.) My biggest concern after hearing the house burned was for the cemetery. All of our ancestors deserve a peaceful resting place. Captain George Printz deserves the honor of an American patriot warrior's resting place.

I posted the news about the house fire and my concern for the cemetery on this site two years ago, just after the fire happened. I had heard reports that the cemetery was overgrown and run down. I asked anyone visiting or nearby to check on the cemetery. A few months ago, I got news and pictures from our distant cousins Howard and Jerry that the cemetery had been thoroughly weedwacked and the gravestones cleaned. We didn't know who did it, but somehow our prayers were answered, maybe from someone seeing this website.

Now here is the problem I would like help to solve - I live hundreds of miles away from this family gravesite. I would love to hear any ideas or suggestions on how we can keep this family graveyard maintained on a regular basis. Maybe it is just someone with a weedwacker coming through there every month or so. Maybe it is having someone clean the tombstones every once in a while too. Maybe it is suggesting to whoever makes a trip there to bring a weedwacker and gravestone cleaner during their visit. (See https://www.wikihow.com/Clean-a-Gravestone.) Whatever it is, I would love to hear any ideas people have.