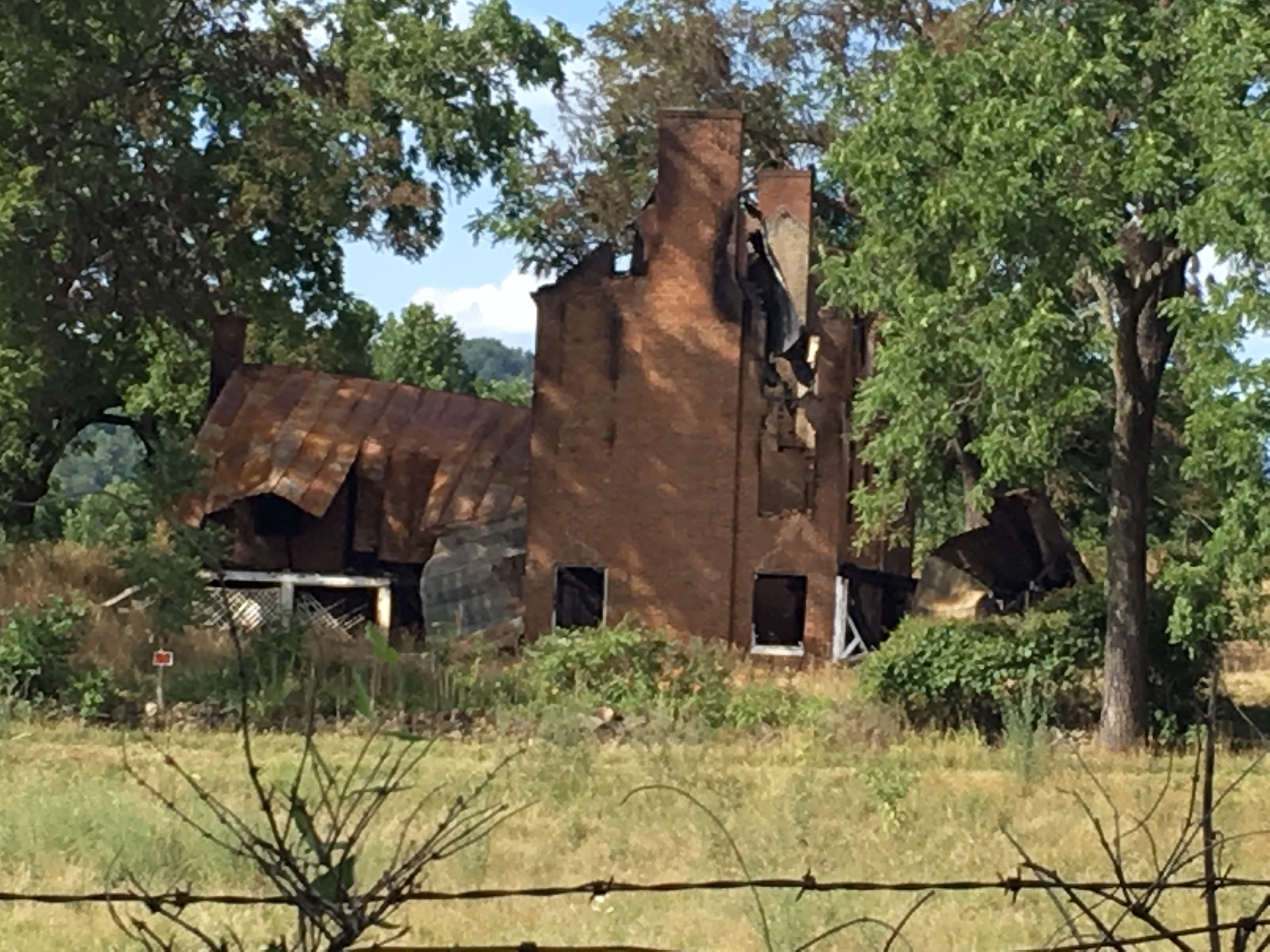 I have to report heartbreaking news I recently received from one our our distant Prince/Printz family who still lives in Virginia. The house in Stony Man, Page County, Virginia that Captain George Printz (1742-1834) lived in was recently destroyed by a fire. That house had been in the Printz/Prince family at least into the 1950s or so, I think, based on my memories from my conversations with the late Charles Printz, Sr..

My first reaction when I heard the news was to ask about the family cemetery at the entrance to the house. That graveyard is where Captain George, his wife, and other Printz's are buried. Captain George's tombstone says he was an aide to General Washington at the Battle of Yorktown.

Here are the reports I received:

"On Saturday morning June 24 fire destroyed the Capt George Printz home on Walnut Road near Stony Man, Page County, Va. The Sheriff's office determined that the fire was incendiary in nature and a reward is offered for information leading to the arrest and prosecution of those responsible. Everything in the house was destroyed. Only the brick walls remain standing. (See Page News and Courier, July 6, 2017, Front Page.)"

"Attached is a picture of the destroyed Capt George Printz house. The graveyard that is located near the public road and entrance to the property was not affected. It is about 300 feet from the house. In past years the cemetery has been maintained. I will check next weekend when I go back to Luray. It has a stone fence around it, as I recall. The local newspaper, Page News and Courier in its original article did not mention that it was the historic Capt George Printz house. I have not seen any additional articles in the local paper about the house. No one was living in the house. I think that the woman who owned it only used it on weekends. The house had been broken into several other times. A neighbor farms the land. There remains a large barn on the property, but I don't believe it is very old. One must remember that any barn that could be found was destroyed during the Civil War."

If any Printz/Prince family members can stop by and check on the graveyard and take pictures, I would be most thankful and share them with the rest of the audience for this website. It would be a nice way to make a point that, even though the house is destroyed, the graveyard is especially worth maintaining because it contains a Revolutionary War veteran and his family. Contact me if you are interested. If you are really ambitious, you can clean off the gravestones from the moss and such that gathers on them. Here are some https://www.iscga.org/how-to-clean-a-gravestone.html" target="_blank">instructions on how to do that.